With Doc’s conference now in full swing, I would be on my own for the next two days.  In the past I have attended conference sessions with him. I’ve learned a lot of interesting history over the years and I also enjoy hanging out with “the guys” whom I’ve come to know as friends. I’m not sure why, but those attending these conferences are almost exclusively men. I am one of a small handful of women who attend. 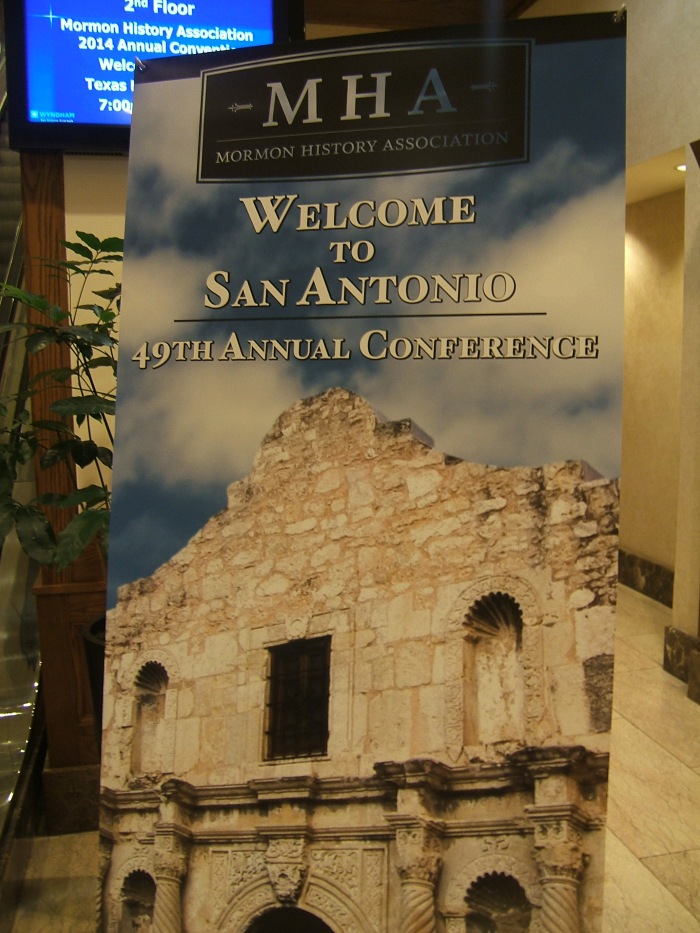 But not this time.

San Antonio is much too inviting a place for me to allocate any time at all to sitting inside of a hotel conference room regardless of how interesting the speaker may be.

The first order of business was to go out and buy the couple of things I had forgotten to pack- hairspray and a camera battery charger. I switched on the GPS and located a drug store a few blocks away. I also had forgotten to bring a sketch pad and was hoping the drug store might also have something comparable.  I was thrilled to look up “Art Supplies” in the yellow pages and discover that there was an entire art supply store no more than a half mile away. San Antonio is an artist’s haven. Makes sense they’d have a supply store.

I began the day with a half mile walk to Hedwecks. At 9 a.m. it was already sweltering hot. Instead of my walking shoes, I slipped on my sandals which I expected to be much cooler- a decision I would later come to deeply regret.

Hedwecks Art Store was huge.  I was in heaven.  I could spend all day browsing and could potentially spend a small fortune. In the end, I settled on more than I needed, but did less damage to my wallet than what could have been had I not had to worry about adding weight to my luggage. I bought a sketch pad, a small box of Prismacolor pencils, a sharpener, and a handful of paint pens.

I left the store and headed a half mile in a different direction, following my GPS’ directions to a Walgreens where I picked up a trial size hair spray and a battery charger. By now it was approaching lunch time and I wanted to make arrangements to meet Doc at a nearby restaurant. This is when I made a surprising (to me anyway) discovery–There is no longer any such thing as a pay phone.

My cell phone was dead and gone but I had assumed I could call Doc from a street corner somewhere. I walked from one street to the next.  No phone. I would have to return to the hotel and physically find him. My feet were beginning to hurt.

Lunch was down the street at a hole in the wall place called the “Mexican Manhattan.” In business since the 1950’s, I’m pretty sure the décor has not been updated since. Cleaning appeared to have happened only slightly more often. Ceramic wall tiles were tired and door frames were streaked with dirt. The whole place had a worn, New York sort of appearance, but hey, the reviews said that the food was great so we grabbed a booth and overlooked the grease stains on the menu .

Our waitress brought us salsa and chips. We were both looking for a light lunch and the lunch special—one taco with rice and beans—looked like it would be just what we had in mind.

Don’t be fooled by the “one taco with rice and beans” lunch special.  These meals were huge.  The waitress not only brought our lunch but she also brought us a second unrequested round of salsa and chips plus a stack of at least 6 to 8 extra tortillas. Not sure what I was supposed to do with those, except both Doc’s single beef taco and my single Chicken Fajita taco had enough meat in them to fill at least three tortillas.  Add two soft drinks and our bill came to $17.

Once again over-stuffed, Doc headed back to the conference and I turned toward Alamo Plaza where, a couple of streets away, I found the  the Briscoe Museum of Western Art. I first toured the outdoor sculpture garden and then, after wandering around the building and unsuccessfully attempting to enter through several locked doors, I finally found the unlocked main entrance. Admission cost me $5.  I had a $1 off discount coupon in my purse but I didn’t use it. I mean, a discount coupon? Really? Places like this need all the donations they can get and $5 is already a pretty cheap admission ticket.

The facility is beautiful with many nice art pieces. All works appeared to be painted by 20th and 21st century artists. With only a couple of visitors other than me, it was quiet as I wandered from one exhibit to the next. I particularly liked video stations that were located throughout.  Each one had a different artist talking about his work.  I listened to most of them and they were all very interesting.  In one room of the top floor they have a huge diorama of the Alamo with what must be many hundreds of tin soldiers set up to reenact the battle.  It was impressive.

I had walked much further today than I’d planned and my dressy sandals were not substantial footwear for those sorts of distances. As I walked back to the hotel, my feet began to ache and I could feel sore spots developing on my heels. Nothing I could do about it out on the streets. I returned to the hotel by the shortest route I could find.  There I discovered that I had broken my own #1 rule of travel — “Don’t allow yourself to get a blister!” I didn’t have just one blister. I had blisters on BOTH of my feet. Ugh. I pulled out my seldom used blister kit that had been all over the world with me without ever being refilled, and I patched my feet up as best as I could.  When Doc got out of his last session and returned to our hotel room to collect me for dinner, I knew I didn’t want to walk so much as one more block. We changed our dinner plans and ate downstairs in the hotel restaurant.

Resigned to spending the evening in our room (a decision that Doc, I think, was secretly thrilled with since there was another NBA playoff game on the TV schedule), I was happy to have my new art supplies.