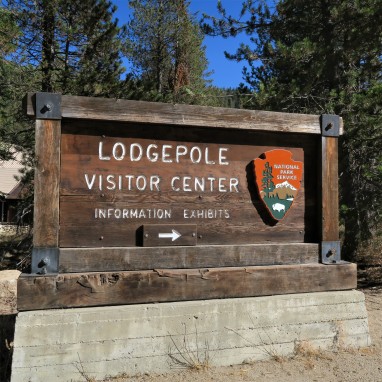 For those used to long distance hiking the Muir Grove Trail is nothing more than a stroll in the woods. For the rest of us, it can be considered a challenge.

Four miles doesn’t sound like such a long way until you start hiking it. Then, as you lumber along a forest floor trail, climbing and descending grassy knolls and scrambling over rocky outcroppings, you find out just how LONG a mile can be.

The Muir Grove Trail inside of California’s Sequoia National Park is about 8 miles from the Lodgepole Visitor’s Center and begins at the Dorst Campground. Our hiking book told us to park at the campground’s amphitheater but the road leading to it was blocked off and we had to park further up the road. Finding the trailhead was a challenge. Hiking books don’t ever seem to be all that great at giving directions. Mine was no exception to that rule. We did some walking in circles before ever starting our actual hike. We never did find the official start of the trail, but we were not too far from it when we walked into the areafor group campsites and found a sign that read “Muir Grove Trail.”

The Muir Grove Trail literally has some ups and downs but there’s nothing unbearably steep or strenuous about it for the average hiker. My daughter and grandson could have easily completed the hike in the estimated 1.5 hours had they not had me to slow them down. Fortunately, I have very nice kids who weren’t opposed to a slower pace with frequent rest stops for Grandma to catch her breath. The trail was about a half and half mix of sunny patches with shady areas always just ahead. There are not, of course, any benches along the route but Mother nature gives you plenty of seating in the form of large rocks and fallen logs. I also discovered that a walking stick does more than just look cool. It can help move you along, shifting some of the work to your arms and away from tired legs.

The trail was both beautiful and peaceful passing through a forest of tall pines and firs. It is not a heavily trafficked trail at any time of year. We were hiking on a Friday in late September and we had the trail to ourselves. Most of the uphill walking occurs on the first half of the hike heading to the grove. It can be tiring, especially at this higher altitude. But believe me, you will greatly appreciate it the early climbing you must do on the return trip when those uphill stretches turn into an easier downhill path.

The forest floor is blanketed with soft, feathery fern and other native plants. Little chipmunks and squirrels sit on fallen logs nibbling on pine cones. Occasionally you’ll pass the creek where, in September, the sound of a trickle of water was all that led us to notice the nearby water source. You might hear a rustling on the hill behind you. You stop and scan the trees but find nothing there. Turning back to the trail, you hear the rustling sound once again.

You often think the sought for grove must be just around the next corner. But around the next corner is another hill or another fern filled gully or another granite boulder, a spot to pause, take some deep breaths, and soak in the stunning views. Then, just when you think you’ll never get to where you wanted to go, a huge red barked beauty appears like a mirage towering on the path in front of you. Another step or two and you glimpse a second tree. Excitement grows, and a rush of adrenaline causes you to pick up your pace. A third tree steps out of the forest and into view. Before you know it, you are surrounded by the majestic giants that only the few people willing to walk this far will ever see. Amazing. Awesome. Inspiring. No words can begin to convey the feeling of standing in the quiet solitude among these massive and wondrous living creatures. 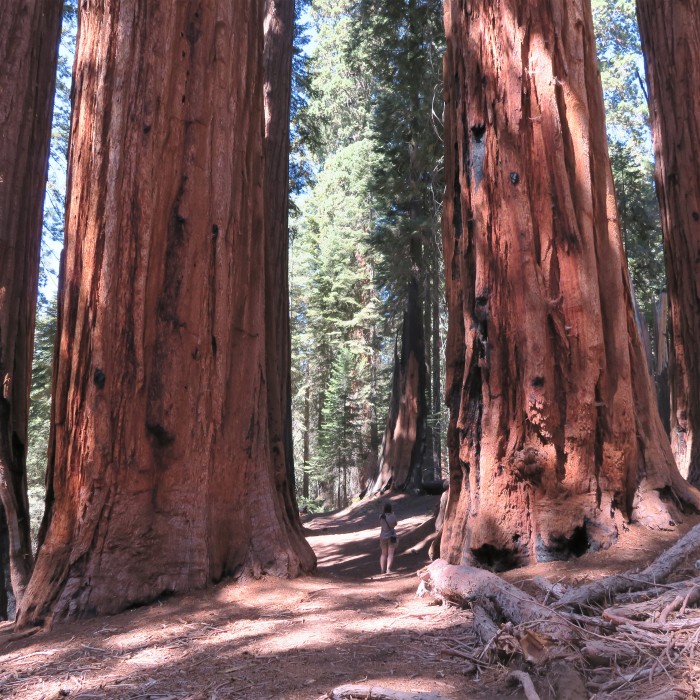